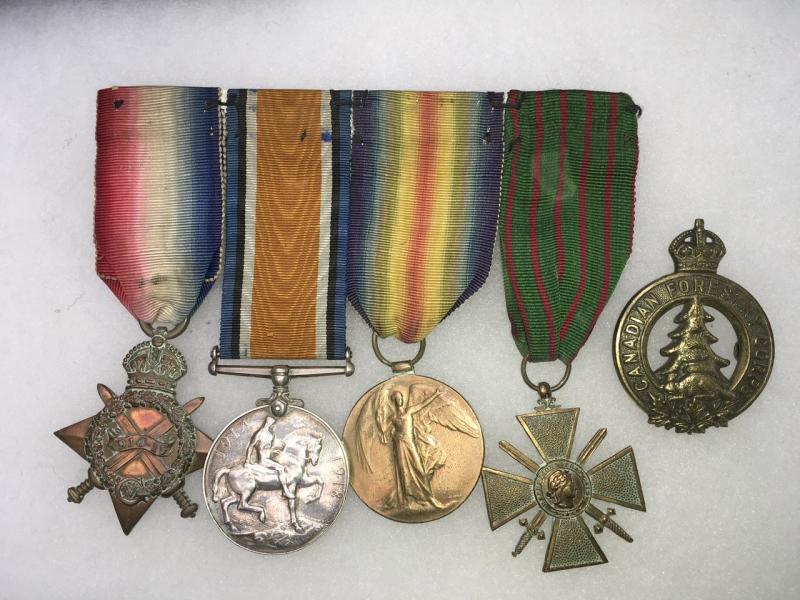 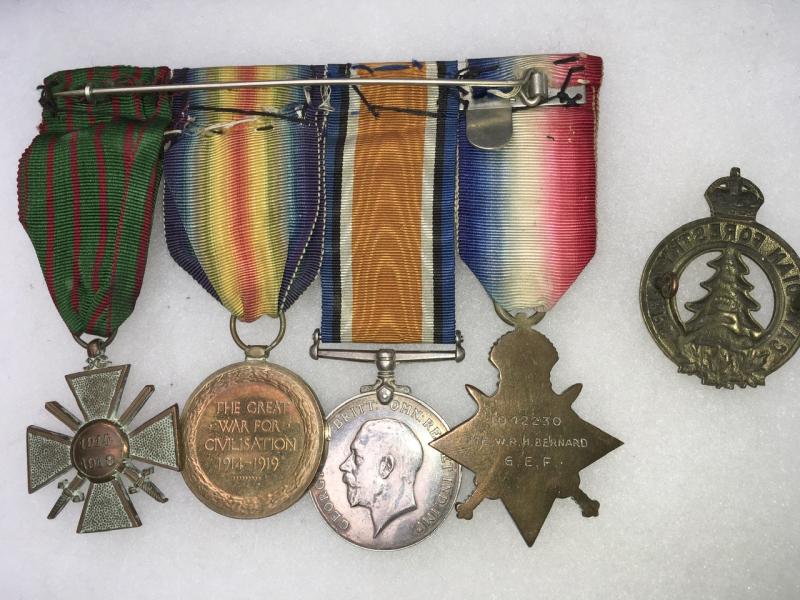 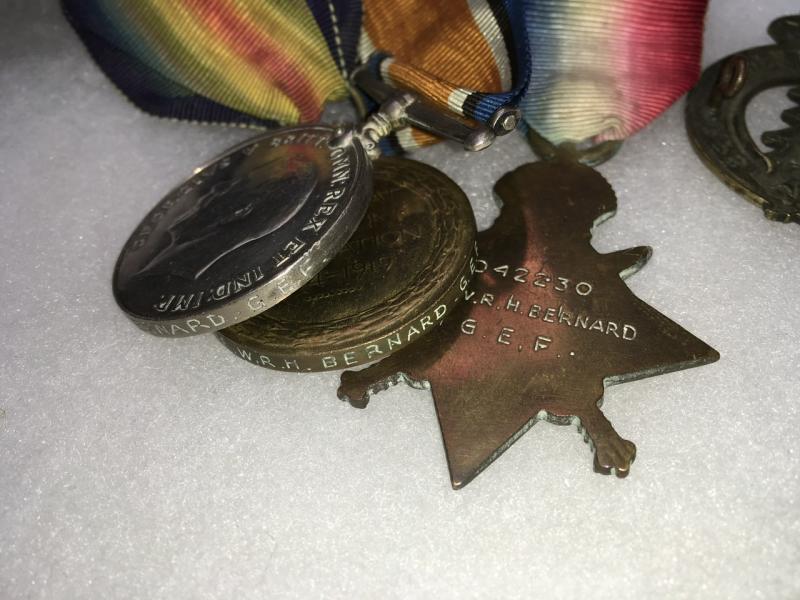 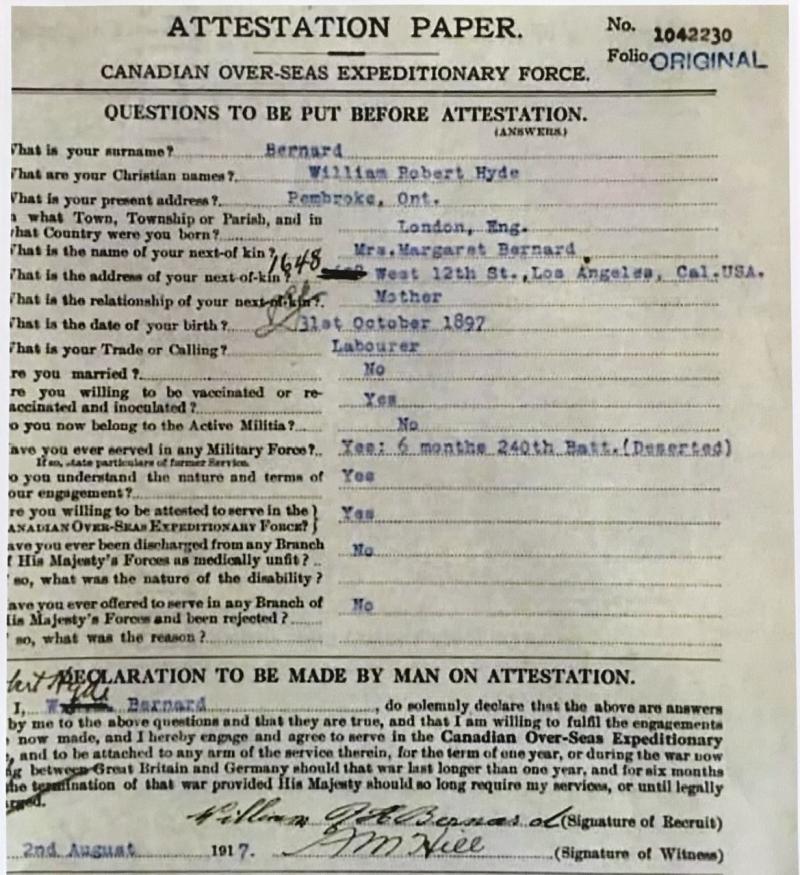 The following info is from his attestation paper

There’s 40 or so pages in the Canadian archives
Relating to his individual and his military service.

After WW1 he returned to the U.K. (Croydon)
He wasn’t entitled to the 14/15 star or CdeG
Would his pair would have been forfeited ?
I don’t know-
But if he was British rather than “Colonial “
He may been shot for desertion -
Rather than being allowed to re-enlist !

There’s plenty more research to do if desired.
A bogus group to a self confessed deserter .
I originally purchased this for myself
But other things have come up so it’s got to go !